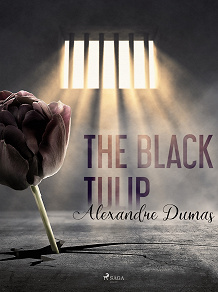 by Alexandre Dumas
The Black Tulip is a historical novel written by Alexandre Dumas. The story begins with a historical event  -  the 1672 lynching of the Dutch Grand Pensionary (roughly equivalent to a modern Prime Minister) Johan de Witt and his brother Cornelis, by a wild mob of their own countrymen  -  considered by many as one of the most painful episodes in Dutch history, described by Dumas with a dramatic intensity. It then unfold around The city of Haarlem, Netherlands, that has set a prize of 100,000 guilders to the person who can grow something very rare; a black tulip, sparking competition between the country's best gardeners to win the money, honor and fame. The novel follows the young Cornelius van Baerle, who almost succeeded in cultivating a black tulip when thrown into the Loevestein prison. Here Cornelius meets the jailer's daughter, Rosa, and a romance has begun.

Alexandre Dumas (1802-1870) is one of the most read French writers. His adventurous historical novels, including the very famous The Three Musketeers, were originally published as a serial.