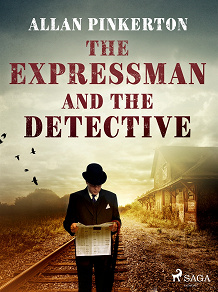 The Expressman and the Detective

by Allan Pinkerton
"All history proves that no one can hug a secret to his breast and live (...) This is especially noticeable in persons who have committed criminal acts." When a trusted employee is suspected of stealing from the Adams Express Company in Alabama, the organization reaches out to the Pinkertons, the world’s first private detective agency. Recounting true events, ‘The Expressman and the Detective’ (1874) tells a fascinating and suspenseful story of an investigation in which all that can prove a person’s guilt is a confession. Allan Pinkerton, the founder of the agency, assigned agents to shadow the suspect, others to gain his trust and he was among the first to hire a female detective. The London Times famously called him "a man at once deeply admirable and quite obnoxious."


Allan J. Pinkerton (1819-1884) was a Scottish-American detective and founder of the Pinkerton National Detective Agency. He recounted his first big investigation in ‘The Expressman and the Detective.’ A dedicated abolitionist, he offered his Illinois home as a stop on the Underground railway for escaping slaves.