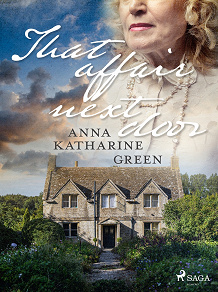 That Affair Next Door

by Anna Katharine Green
The dead body of a strange woman is found in an empty house next door to Amelia Butterworth, a single old lady with a formidable curiosity and lots of free time. When Detective Gryce gets on the case, he has a hard time persuading her to mind her own business, but soon Miss Butterworth’s female intuition and knack for interrogating witnesses through small talk proves invaluable to the investigation. In fact, she outsmarts all the professional men. ‘That Affair Next Door’ (1897) is Anna Katharine Green’s eighth in the Detective Gryce series, but the first of several in which the unlikely pair, Miss Butterworth and Ebenezer Gryce, team up to solve crimes despite the (quite entertaining) tension between them. It is worth noting that Agatha Christie found the inspiration for her famous Miss Marple character in none other than Miss Butterworth.