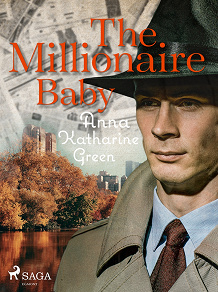 by Anna Katharine Green
Five thousand dollars is offered in reward to whomever finds the six-year-old heiress, Gwendolen Ocumpaugh, who has disappeared mysteriously from her home. Mr. Trevitt, a private detective, is on the case and when he discovers two lost shoes in the surrounding are – both for the same foot! – he suspects a conspiracy is at play. ‘The Millionaire Baby’ (1905) is a story by American crime writer Anna Katharine Green; a delightful mystery with fascinating characters and twist after twist after twist.