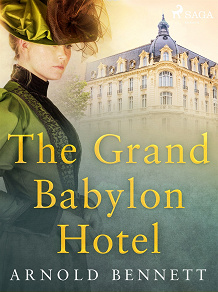 by Arnold Bennett
When American millionaire Theodore Racksole impulsively purchases the luxurious Grand Babylon Hotel in London, a string of strange things start occurring. Amidst the many disappearances and deaths, Racksole and his daughter Nella begin investigating, suspecting foul play. Soon the Racksoles are embroiled in a political and criminal conspiracy, leading them on a thrilling adventure across Europe. "The Grand Babylon Hotel" is a thrilling and charming adventure mystery from Arnold Bennett from the turn of the century.