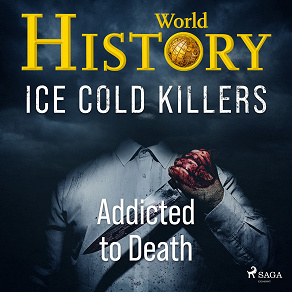 by World History
What makes a serial killer? There is a huge difference between killers who kill once in the heat of the moment, mass murderers who slaughter many people at once, and serial killers who follow a specific pattern to kill carefully selected victims.

A serial killer is an ice-cold predator who enjoys the hunt, is driven by ritual or a particular impulse, and who becomes increasingly dependent on the release that the murder provides. A serial killer’s brain demands multiple victims.

German killer Volker Eckert was morbidly obsessed with women’s long hair. Jeffrey Dahmer achieved sexual release by dismembering people and eating selected pieces. Alexander Pichushkin was preoccupied with chess and decided to murder 64 people, one per square on a chessboard. Finally, David Berkowitz believed that demons ordered him to kill.

The stories told here reveal what drives serial killers and how they carry out their murders. The content is violent and gruesome and certainly not for children.