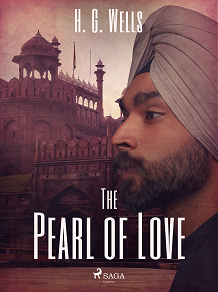 The Pearl of Love

by H. G. Wells
First published in 'The Strand Magazine' in 1925, 'The Pearl of Love' by H.G. Wells is an allegorical tale of love, devotion, and loss.

Inspired by ancient Persian literature, this short story tells the fable of a bereaved Indian prince whose beloved wife dies young. Much in the same way as Shah Jahan (the fifth Mughal emperor of India) built the Taj Mahal as a shrine to his late wife, the prince in this story devotes his life to building the perfect memorial to his lost love but, as in many tales of romance, there's a cruel twist that pulls at his heart.

H.G. Wells (1866 – 1946) was a prolific writer and the author of more than 50 novels. In addition, he wrote more than 60 short stories, alongside various scientific papers. Many of his most famous works have been adapted for film and television, including ‘The Time Machine,’ starring Guy Pearce, ‘War of the Worlds,’ starring Tom Cruise, and ‘The Invisible Man,’ starring Elizabeth Moss. Because of his various works exploring futuristic themes, Wells is regarded as one of the ‘Fathers of Science Fiction.’