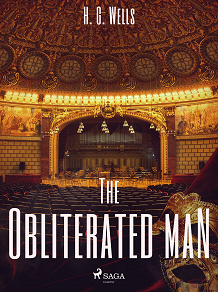 by H. G. Wells
Who is Egbert Craddock Cummins? And why is he changing?

'The Obliterated Man' tells the tale of a shy young man, Egbert Craddock Cummins, who reluctantly takes on the role of a theatre critic and as a result, somehow takes on the mannerisms and over-acting he sees displayed on stage.

The short story by the 'father of science fiction', H.G. Wells, was first published in 'New Budget' in 1895 under the title 'The Sad Story of a Dramatic Critic', it was later included in Wells' short story collections 'The Plattner Story and Others' and 'The Country of the Blind and Other Stories'.