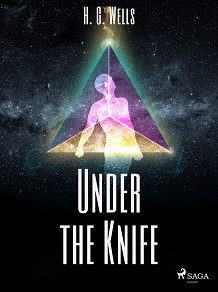 by H. G. Wells
From the 'father of science fiction', H.G. Wells, comes a tale of a near-death experience.

In H.G. Wells' short story 'Under the Knife', the narrator undergoes an operation during which Dr Haddon administers an anaesthetic. While under, the patient journeys into space and discovers that the universe is merely a speck of light reflected on a ring, worn on God's hand. A thought-provoking exploration of the afterlife, the universe, and the unconscious mind, H.G. Wells' novella 'Under the knife' will be enjoyed by fans of the Matrix films.