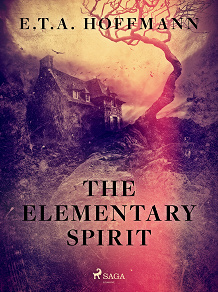 by E.T.A. Hoffmann
‘The Elementary Spirit‘ (1844) was written by the German Romantic author E. T. A. Hoffmann, most famous for his novella ‘The Nutcracker and the Mouse King’ (1816) which inspired Tchaikovsky’s ‘The Nutcracker’.

When Prussian lieutenant, colonel Albert von B. rides from Liège to Aachen, a chance encounter with Paul Talkebarth leads him to a mysterious country house where his best friend lies ill. But not everything or everyone are as they seem, and beset by strange dreams and apparitions, Albert is faced with a battle for his soul.

‘The Elementary Spirit’ is from Hoffmann’s ‘Later Works’. This classic short story is perfect for fans of horror and fantasy fiction and the authors H. P. Lovecraft and Neil Gaiman.