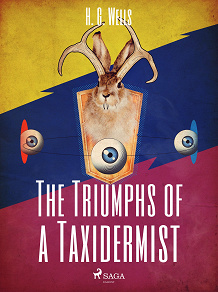 The Triumphs of a Taxidermist

by H. G. Wells
Who would have known that 'the father of Science Fiction' also wrote satire about stuffed animals?

H.G. Wells' short story 'The Triumphs of a Taxidermist' was first published anonymously in 1894 and reprinted in 'The Stolen Bacillus and Other Incidents' a year later. 'The Triumphs of a Taxidermist' sees the character Bellows visit a friend, the titular Taxidermist, who enthusiastically recounts tales of forgery, crime, and far-fetched claims to fame from his career in this humorous and satirical look at English culture.