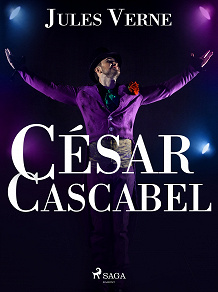 by Jules Verne
What do you get if you cross a family of French acrobats with the escape of a Russian political prisoner? ‘César Cascabel!’

Despite the outlandish premise, Verne deftly weaves a story of intrigue, friendship, and survival. After touring the United States with a circus for a number of years, the Casacabel family decide to return to France. However, the theft of their savings forces them to make their journey overland and, it is during this expedition that they encounter the fugitive, Count Narkine. While this reads as a tale of adventure, the author gives us a fascinating insight into the political trials and tribulations of the time.


Jules Verne (1828-1905) was a French novelist who became known as the ‘Father of Science Fiction.’ He wrote more than 60 novels, including ‘Journey to the Center of the Earth’ (1864), ‘Twenty Thousand Leagues Under the Sea’ (1870) which was also released as a film, starring James Mason, and ‘Around the World in Eighty Days’ (1873), which has been released as a TV drama, featuring former Dr Who star, David Tennant.