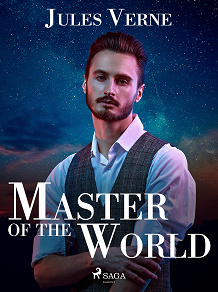 Master of the World

by Jules Verne
The sequel to ‘Robur the Conqueror,’ ‘The Master of the World’ is part of the Extraordinary Voyages series. Narrated by Chief Inspector John Strock, the story starts with strange phenomena taking place across the United States. As his investigations lead him to the figure behind it all, Strock is faced with layer upon layer of seemingly impenetrable mystery. A fun and fast-paced book, this is one of the stories that helped Verne cement his reputation as the ‘Father of Science Fiction.’

Jules Verne (1828-1905) was a French novelist who became known as the ‘Father of Science Fiction.’ He wrote more than 60 novels, including ‘Journey to the Center of the Earth’ (1864), ‘Twenty Thousand Leagues Under the Sea’ (1870) which was also released as a film, starring James Mason, and ‘Around the World in Eighty Days’ (1873), which has been released as a TV drama, featuring former Dr Who star, David Tennant.