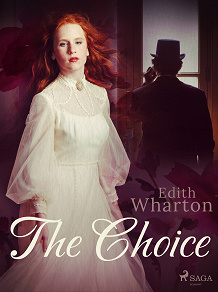 by Edith Wharton
While ‘The Choice’ might be one of Wharton’s shorter stories, it nonetheless showcases her talents as a master storyteller. ‘The Choice’ focuses on the dilemma faced by Cobham Stilling, who is quickly burning the family fortune, much to the horror of his wife and lawyer. Packed with social detail and keen psychological insights, Wharton creates well-rounded characters and presents the reader with a choice that many of us would not like to have to make.