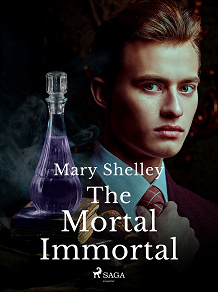 by Mary Shelley
This is a story for fans of the books ´How to Stop Time’ by Matt Haig and ‘The Suicide Club’ by Rachel Heng. It is a love story that is a cross between ´Frankenstein´ and John Green's ´The Fault in Our Stars´.

Winzy reluctantly starts working for the alchemist Cornelius Agrippa in order to provide for his childhood sweetheart Bertha, but when Winzy drinks an unlabelled potion to rid himself of his love for Bertha, he becomes immortal. Suddenly blessed with a youthful appearance, Winzy slowly but surely discovers the disadvantages of the potion.

‘The Mortal Immortal’ (1833) is a Gothic short story by the English writer Mary Shelley, famous for her best-selling novel ‘Frankenstein’ (1818).


Mary Shelley (1797–1851) was an English author and travel writer best known for her ground-breaking Gothic novel ‘Frankenstein’ (1818). Considered one of the first true works of science-fiction, the book became an instant bestseller.

It has been adapted for TV, stage and film on many occasions, with Boris Karloff famously playing Frankenstein’s monster on screen in 1933. Other adaptations include ‘Mary Shelley's Frankenstein’ (1994) starring Kenneth Branagh and Robert De Niro and ‘Viktor Frankenstein’ (2015) starring Daniel Radcliffe and James McAvoy.

The book continues to influence filmmakers, writers and popular culture to this day, inspiring and terrifying new audiences the world over.