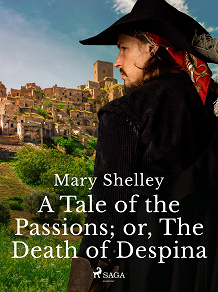 A Tale of the Passions; or, The Death of Despina

by Mary Shelley
In thirteenth-century Florence, Italy, the pro-Papacy Guelphs defeated and expelled the pro-imperial Ghibellines. The triumphant Guelphs await their champion, the Frenchman Charles d'Anjou, while their opponents pin their hopes on the arrival of Corradino and his troops from Germany.

In an unexpected turn of events, the androgynous Ghibelline, Ricciardo de' Rossini, knows secrets that could change everything, and they set out on a secret mission to bring an end to the war.

‘A Tales of the Passions; or, The Death of Despina’ (1823) is one of many classic short stories by the English writer Mary Shelley and is perfect for fans of her best-selling novel ‘Frankenstein; or, The Modern Prometheus’ (1818).


Mary Shelley (1797–1851) was an English author and travel writer best known for her ground-breaking Gothic novel ‘Frankenstein’ (1818). Considered one of the first true works of science-fiction, the book became an instant bestseller and continues to influence filmmakers, writers, and popular culture to this day, inspiring and terrifying new audiences the world over.

It has been adapted for TV, stage, and film on many occasions, with Boris Karloff famously playing Frankenstein’s monster on screen in 1933. Other adaptations include ‘Mary Shelley's Frankenstein’ (1994) starring Kenneth Branagh and Robert De Niro and ‘Viktor Frankenstein’ (2015) starring Daniel Radcliffe and James McAvoy.