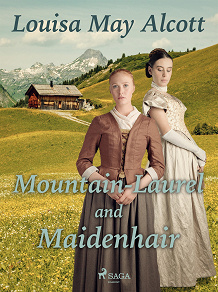 by Louisa May Alcott
Friendship can transcend class and background.

Take the movie 'Napoleon Dynamite', Dory's friendship with Nemo in 'Finding Nemo' or chalk-and-cheese buddies Barbara Hershey and Bette Midler in 'Beaches'. In 'Mountain-Laurel and Maidenhair', it is city girl Emily and country girl Becky.

Emily is fragile, but her family's wealth makes her complacent. Becky, on the other hand, works as a teacher to support and care for her three younger siblings. So when Emily stays at Becky's family farm in the mountains, they seem unlikely to hit it off.

But Louisa May Alcott's moving, charming story sees them connect through poetry - and grow to understand and care for each other.


Louisa May Alcott (1832-1888) was an American writer of numerous beloved novels, short stories and poems. She was a feminist, and many of her stories are loosely based on her own life experiences. She is primarily known for her young adult fiction but also wrote gothic thrillers, albeit anonymously, and sensational stories under the pen name A.M. Barnard. One of her best-known works is 'Little Women', a novel that has been turned into numerous film and television adaptations, such as the 2019 film, starring Saorise Ronan, Florence Pugh and Timothée Chalamet.