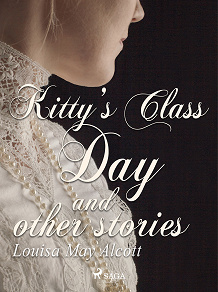 Kitty's Class Day and Other Stories

by Louisa May Alcott
In a preface to this collection, Louisa May Alcott calls these eight stories her 'various waifs and strays' and they all beautifully demonstrate her wry sense of humour, sharp observational skills, and straightforward style of storytelling.

From the light-hearted romance of 'Kitty's Class Day' to the transformational tale of 'Aunt Kipp', who is a female version of Ebenezer Scrooge in Charles Dickens' 'A Christmas Carol', each story has the charm to keep you gripped.

Fans of her other work, including the bestseller 'Little Women', will be pleased that she herded these stories together.

Louisa May Alcott (1832-1888) was an American writer who is best known for her novel 'Little Women'. She grew up among some heavyweight 19th-century intellectuals, including Henry David Thoreau and Henry Wadsworth Longfellow.

With her parents struggling financially, Alcott worked to support them. At the same time, she began writing, initially under pseudonyms because her work was largely short stories and sensation novels for adults.

'Little Women', published in 1868, was a success when it was released. Alcott also penned the follow-ups 'Little Men' and 'Jo's Boys'. She was a staunch abolitionist and a campaigning feminist who was heavily involved in temperance and women's suffrage movements.