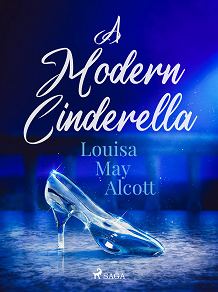 Featuring a 'prince charming' and a very important piece of footwear, despite both not being what you would expect, 'A Modern Cinderella', or 'The Little Old Shoe', is an amusing and irreverent version of The Brothers Grimm's 'Cinderella'.

The other three stories are 'Debby's Debut', 'The Brothers', and 'Nelly's Hospital', and they collectively display Alcott's skills as well as covers important subjects such as racism, PTSD, and the barriers between social classes.

Louisa May Alcott (1832-1888) was an American writer who is best known for her novel 'Little Women'. She also grew up among some heavyweight 19th-century intellectuals, including Henry David Thoreau and Henry Wadsworth Longfellow.

With her parents struggling financially, Alcott worked to support them. At the same time, she began writing, initially under pseudonyms because her work was largely short stories and sensation novels for adults.

'Little Women', published in 1868, was a success when it was released. Alcott also penned the follow-ups 'Little Men' and 'Jo's Boys'.