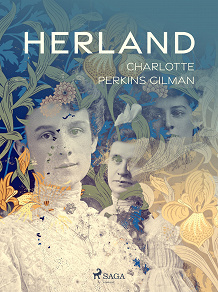 by Charlotte Perkins Gilman
'Herstory' is a adventurous book that looks at what an all female utopia could look like. Written by Charlotte Perkins Gilman, the story is about three explorers that crash land in a community where women have created a utopia without any men. The book questions feminism, the structure of society and the concept of gender itself. The book paves the way to feminist discussions explored in titles such as 'The Handmaid's Tale' by Margaret Atwood, and by trailblazers like Judith Butler.

Charlotte Perkins Gilman is an American novelist that was known for her feminist and humanitarian literature. Considered a utopian-feminist, Perkins paved the way for future generations of feminists through her writing. Best known for her semi-autobiographical short 'The Yellow Wallpaper', Perkins examined women's role in society, and the concept of gender itself.