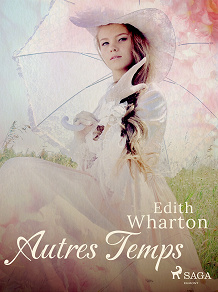 by Edith Wharton
After self-imposed exiled in Italy, Mrs Lidcote is returning to New York, full of trepidation about her divorced daughter’s remarriage. Mrs Lidcote is a divorcee herself and only too aware of what it means in social circles. Can she change her daughter’s future and reconcile her own past?

‘Autre Temps’ is a heartfelt exploration of the changing attitudes to divorce and women. Wharton perfectly captures the sneering attitudes of the older generation, setting them against the more open-minded attitudes of younger people.

A touching and fascinating read, ´Autres Temps´ is perfect for fans of Camille Pagán's ´Everything Must Go´.

Edith Wharton (1862 – 1937) was an American designer and novelist. Born in an era when the highest ambition a woman could aspire to was a good marriage, Wharton went on to become one of America’s most celebrated authors.

During her career, she wrote over 40 books, using her wealthy upbringing to bring authenticity and detail to stories about the upper classes. She moved to France in 1923, where she continued to write until her death.