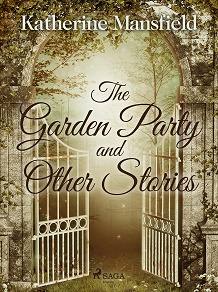 The Garden Party and Other Stories

by Katherine Mansfield
If you have not discovered the work of Katherine Mansfield, you're in for a treat and this is the perfect place to start. 'The Garden Party and Other Stories' is a collection of 15 short stories written by the New Zealander, who was lauded by the likes of Virginia Woolf before she died at the age of 34.

The title story, 'The Garden Party', is a consummate example of her skill as a storyteller and her ability to challenge one's thinking. The Sheridans throw a garden party, complete with all manner of entertainment and noise - even though they are fully aware that their neighbour Mrs Scott's husband has just died. The story explores the themes of snobbery, selfishness and kindness. 'The Garden Party' was adapted into a TV short in 1973 and starred Mark Daniels and Maia Danziger.

The 'Other' stories tackle themes including marital equality, a sense of self, love and freedom. If you like the work of Virginia Woolf and Sylvia Plath, you will love this.


Katherine Mansfield (1888-1923) was a short story writer and poet from New Zealand who was widely considered one of the most influential and important authors of the modernist movement. She settled in England at the age of 19 and Virginia Woolf and D.H. Lawrence were among her literary friends and admirers. She died of tuberculosis at the age of 34.

Her life was turned into a TV series in 1973 called A Picture of Katherine Mansfield which was interwoven with adaptations of some of her best-known short stories. Many of her stories have been made into movies and TV shows such as 'Winners and Losers' (1975) based on the story 'The Woman at the Store' and the most recent from 2021 'Dill Pickle', starring Caroline Duncan and Jim Thalman.