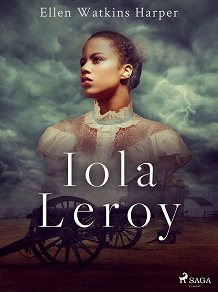 by Ellen Watkins Harper
'Iola Leroy', one of the first novels published by an African-American woman, follows a group of slaves who are seeking refuge with the approaching Union army during the Civil War. The Union commander is made aware that a beautiful young woman is being held as a slave in the neighbourhood and sets her free.

The narrative then switches to Iola Leroy's point of view and follows her turmoil with being tricked, misled, and eventually sold off and taken away from her mother.

In a story exploring the serious social issues of education for women, religion and social responsibility, we follow Iola as she attempts to track down her family once again.

People who are familiar with Harriet Jacobs' 'Incidents in the Life of a Slave Girl' will like this novel!

Frances Ellen Watkins Harper was an American abolitionist, suffragist, poet, teacher and writer. She was one of the first African-American women to be published in the United States. Harper was born free in Baltimore, Maryland, and had a long career, publishing her first book of poetry at 20-years-old. She published her novel 'Iola Leroy' aged 67 in 1892, making her one of the first Black women to publish a novel.

In 1851, while she was living with the family of William Still, a clerk who helped refugee slaves make their way along the Underground Railroad, Harper turned to writing anti-slavery literature. A couple of years later she joined the American Anti-Slavery Society and began her career as a public speaker and political activist.

Harper founded, supported, and held positions in several progressive organizations, becoming the superintendent of the Colored Section of the Philadelphia and Pennsylvania Women's Christian Temperance Union. She also helped found the National Association of Colored Women and served as its vice president.

Harper died at age 85 in February, 1911, nine years before women gained the right to vote.