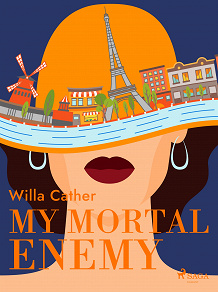 by Willa Cather
Brilliantly intelligent, rich and stylish Myra is a living legend in her hometown.

But she sends shockwaves through the community when she rejects her riches and elopes with hard-up Oswald Henshawe.

When Nellie, a long-time acquaintance of Myra's, next sees the couple, they are living a glamorously poor Bohemian life in post-Revolution Paris, with singers, actors, poets and artists in and out of their apartment.

But, when elegant poverty becomes real poverty in a tumbledown hotel, Myra realises the identity of her 'Mortal Enemy'.

This heart-rending study of the blessings and curses of love is perfect for fans of Thomas Hardy's 'Tess of the d'Urbervilles' and 'Middlemarch' by George Eliot.

Willa Cather (1873-1947) was an American writer best known for her novels of life on the Great Plains of the United States.

After a time as a magazine writer and editor, then as an English teacher, Cather began to publish collections of her poetry and short stories.

Numerous other novels followed as Cather became one of the US's most celebrated authors.
In 1923 she won the Pulitzer Prize for her First World War-based novel, 'One of Ours'.