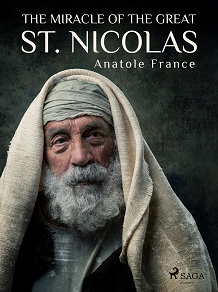 The Miracle of the Great St. Nicolas

by Anatole France
‘The Miracle of the Great St Nicolas’ (1909) is Anatole France’s satirical reimagining of the classic legend. In this short story, St Nicolas attempts to perform a miracle, resurrecting three children massacred by a crazed butcher and preserved in pickle. However, this good deed will come back to haunt the Saint, threatening to destroy everything he holds dear in his life.

‘The Miracle of the Great St Nicolas’ represents Anatole France at his best, picking apart the superficial virtue of religion and bringing it into the harsh reality of the real world.

Fans of France’s previous works, or those who wish to see the origins of Santa turn grisly, should venture into this dark but rewarding tale. For any still thirsting for dark Christmases after the 2015 horror movie ‘Krampus’, they will certainly find something to enjoy here.


François-Anatole Thibault (1844 – 1924), better known as Anatole France, was a French journalist, poet, novelist, and Nobel laureate for literature. Spending much of his early life in his father’s bookshop, France quickly rose to prominence as a respected author of over 25 works.

A French Classicist writer with a style reminiscent of Voltaire and Fénélon, France’s work has a strong preoccupation with scepticism and hedonism. He is best remembered for his classic French novels ‘La Rôtisserie de la Reine Pédauque’ (1893) and ‘Le Crime de Sylvestre Bonnard’ (1881). France’s works have had a historic legacy, and he is recognised today as one of France’s most prominent authors.