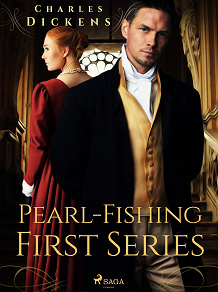 by Charles Dickens
‘Pearl-Fishing – First Series’ by Charles Dickens is a collection of short stories which were first published in ‘Household Words’. Featuring titles such as ‘Loaded Dice’, ‘My Wonderful Adventures in Skitzland,’ ‘The Old Churchyard Tree’, ‘Father and Son', and 'The Ghost of the Late Mr. James Barber’ amongst others. These tales were very popular amongst readers of the magazine when they were first published and are still classic reads to be enjoyed by any modern-day fan of Charles Dickens. When you’ve read them all, re-live them all over again or read even more of the author's short stories in ‘Pearl-Fishing – Second Series’.

Regarded by many as the greatest novelist of the Victorian era, Charles Dickens is best known for creating some of the world’s best known fictional characters who feature in his most popular novels, including The Artful Dodger in 'Oliver Twist’, Ebenezer Scrooge in ‘A Christmas Carol’, and Miss Havisham in ‘Great Expectations’. Dickens’ timeless novels and short stories are still widely read today and many have been adapted into countless TV programmes and films including the Academy Award-winning musical ‘Oliver’, and 'A Christmas Carol' which well known worldwide and is a huge favourite movie for families to watch together at Christmas time.