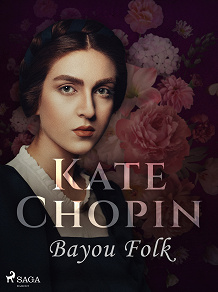 by Kate Chopin
A wide-ranging collection from classics of fiction tales to humorous sketches to romances, these short stories, with their interesting and diverse characters, have something for everyone.

‘Desiree’s Baby’ deals with mixed-race children, with a surprise ending that subtly questions the feelings of racial superiority.

‘La Belle Zoraide’ is about the cruelty of slaveholders in trying to arrange a marriage between a creole beauty and a mulatto she doesn’t love.

‘A Lady of Bayou St. John’ tells the tale of a young married woman in a lonely marriage who is attracted to another man and believes she will go "anywhere, anywhere" with him.

You may well find yourself curled up on your sofa one evening reading all these great stories in one sitting!

Kate Chopin (1850-1904), born Katherine O’Flaherty, was an American writer of novels and short stories mostly set in the 19th-century American South. Her works deal with themes of the female psyche and women's limited life opportunities in the Victorian era, often in a naturalist style. She was considered controversial in her time, but is now praised as a pioneer of 20th-century feminist American literature.

Her most famous works include the novel ‘The Awakening’ (1899), which explores themes of rebellion against femininity and motherhood at the turn of the 20th century. Adaptations of this title include Grand Isle (1991) starring Kelly McGillis and Adrian Pasdar, and The End of August (1981).