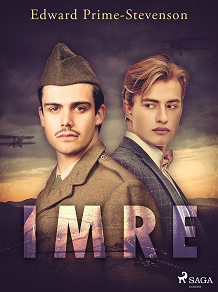 by Edward Prime-Stevenson
It’s Budapest, early 20th century. Oswold is spending the summer at a language school, whilst Imre, a Hungarian calvary officer, is on leave. In the hustle and bustle of a café nestled deep in the city, the two men meet. As their companionship grows in the most unlikely of circumstances, their story is about to carve its own ending...

At a time when society was less than kind to the gay community, Edward Prime-Stevenson’s psychological romance weaves a beautifully unexpected tale. Written under the pseudonym of Xavier Mayne, ‘Imre’ marks a turning point in LGBTQ+ literature. The openly gay love story is perfect for fans of ‘Call Me by Your Name’ with of Timothée Chalamet.


Edward Prime-Stevenson, pseudonym of Xavier Mayne (1858-1942), was an American writer, journalist and author. Celebrated today as having written the first openly gay novel with a happy ending, his work spans early YA novels such as ‘The White Cockades: An Incident in the 'Forty-five'' and ‘Left to Themselves: Being the Ordeal of Philip and Gerald.’ In 1908, Prime-Stevenson published the nonfiction book ‘The Intersexes’; a comprehensive analysis and defence of homosexuality to date. Today, he is remembered as having marked a turning point in English literature and remains an outstanding observer of the early 20th century LGBT scene.