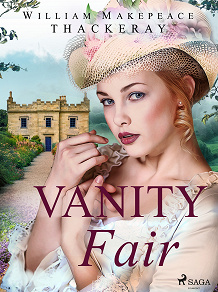 by William Makepeace Thackeray
For fans of Bridgerton, this classical gossip novel follows the lives of Becky Sharp and Amelia Sedley as they deal with relationships with both friends and family.

Set during the Napoleonic Wars, 'Vanity Fair' satires British society and how the upper classes worship money and social standing. Thackeray also explores illusion versus reality - are the affluent lives these people live really a normal reality for everyone?

Known worldwide and sure to captivate you with its representation of 19th century high society in England, this classic will leave you questioning your own opinions of yourself and how you rank others' opinions of you.

William Makepeace Thackeray was a British novelist, author and illustrator, best known for his satirical works, particularly his 1848 novel Vanity Fair which gave a panoramic portrait of British society.

Born in British India in 1811, Thackeray was sent to England in 1815. He went to Cambridge University before leaving early to go travelling in Europe. When he turned 21, he got his inheritance from his father who died when he was only four but lost most of it due to gambling and the collapse of two Indian banks.

In order to support himself, he turned to art, which he studied in Paris, but did not pursue fully; only using it in later years as the illustrator of some of his own novels and other writings. He died of a stroke in 1863.